I took intaglio and woodcut back in college almost 30 years ago. Since that time I have contemplated restarting my interest in printmaking, and now I have finally pulled the trigger.
I enrolled in a printmaking course at Portland Community College. Signing up for a class two days a week for 11 weeks is no small commitment! But it turns out it was barely enough time to scratch the surface (no pun intended!) of the possibilities and complexities of this medium.
Intaglio is a process where lines are etched or scratched onto a metal plate. Ink is applied to the plate, then wiped, leaving ink captured within the lines. Then damp paper is placed on the plate, and is rolled through a printing press. The ink transfers onto the paper, creating an image.
In total, I did three different plates over the course of the semester.The first one I did is called "The Bitter Sea" (5"x7")
Here is a picture of the inked up copper plate before the first printing: 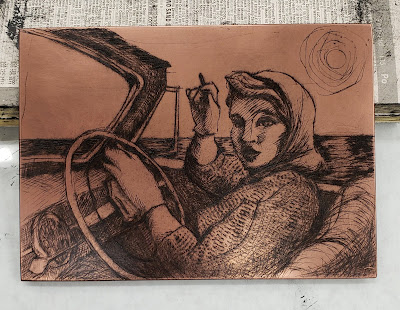 Here is an image of the print after rolling it through the press. 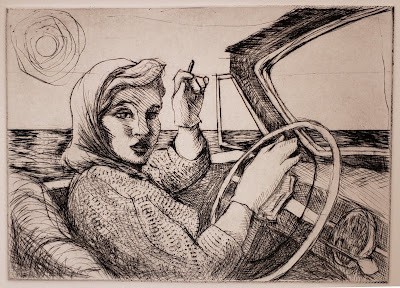 Notice the image gets reversed when transferred to the paper!
This initial state of the print was done entirely with drypoint (which is simply scratching the image onto the plate with a metal object).
Here I added aquatint, which creates fields of varying shades of grey. 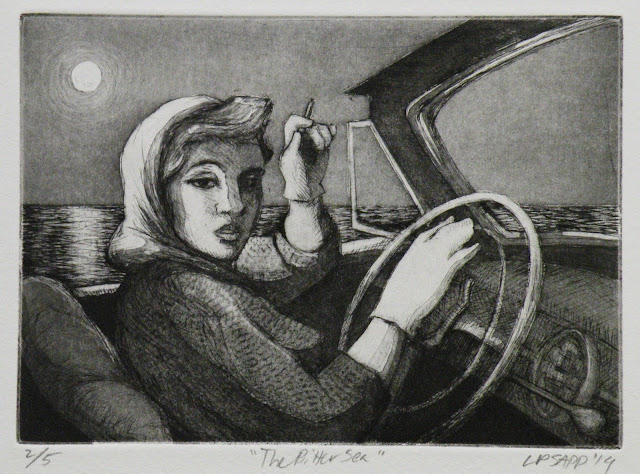 The second plate I developed might be called my magnum opus of the semester. It is named "Vacancy" (8"x10") 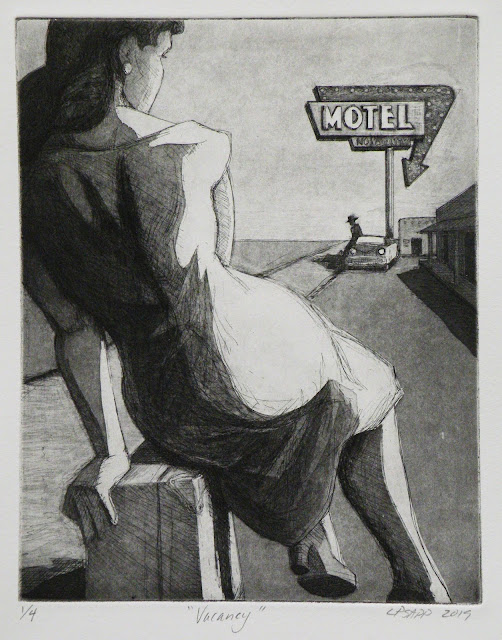 Utimately I did a total of 11 states before deciding it was finished!

I decided to utilize some of the earlier states by tinting them with watercolor. I’m fascinated by how the mood can very so greatly with different color schemes. 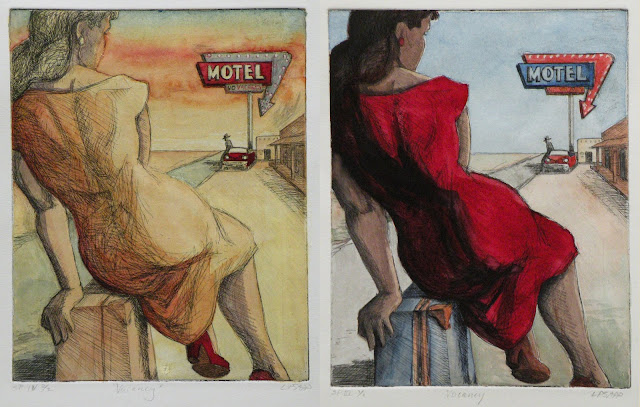 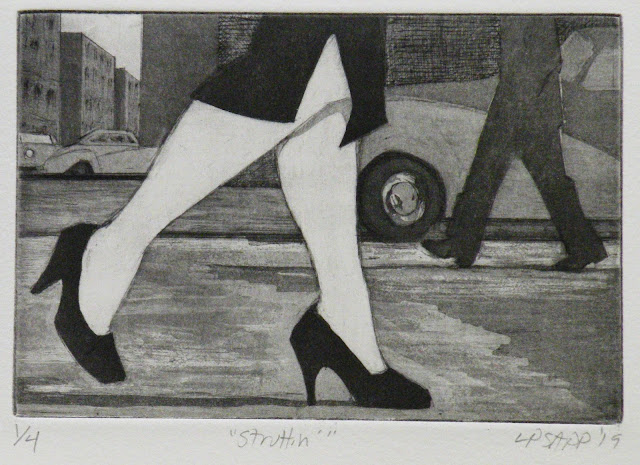 Although I would LOVE to keep going with the printmaking, it is necessary for me to put it aside for the time being and concentrate on some collage painting projects coming up this year. Keep you eyes open for more news of those projects, and when they are completed, I will surely dive back into printmaking!
Stay tuned...
Posted by Leslie Peterson Sapp at 10:11 AM 2 comments: